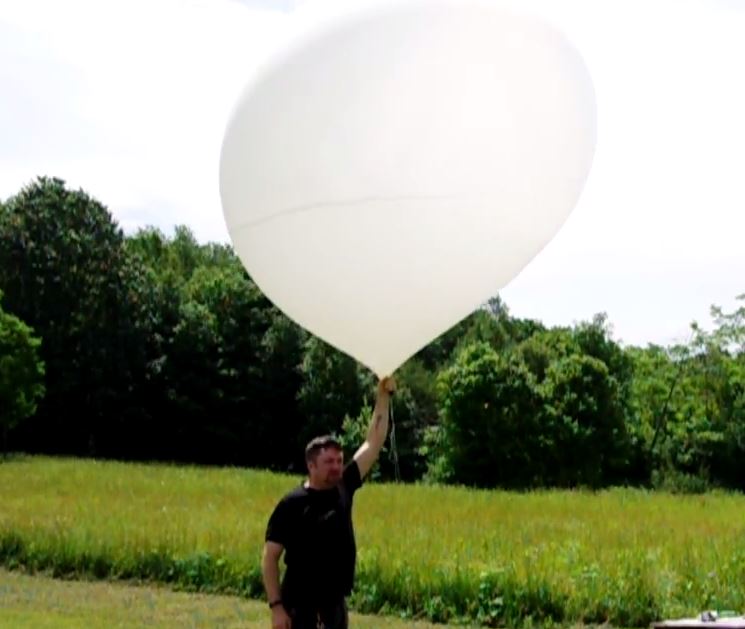 Upon filling the ballon with around 100 cubic feet of helium, the payload electronics were turned on tested. An APRS packet with current GPS coordinates and a Slow Scan TV image was received onsite prior to launch. 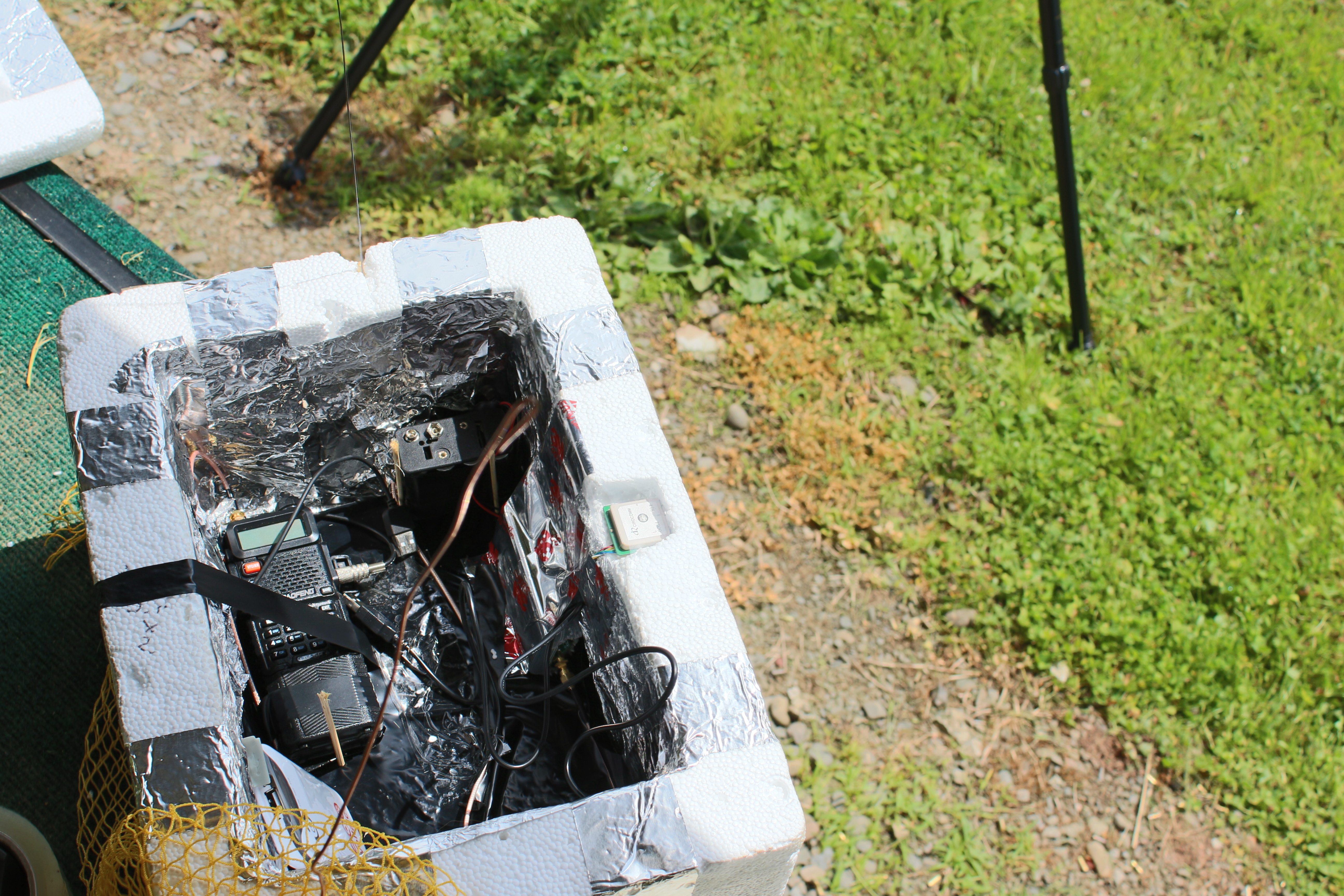 The payload train can be seen in this photo as from top to bottom: balloon, parachute, radar reflector, and finally the payload box. 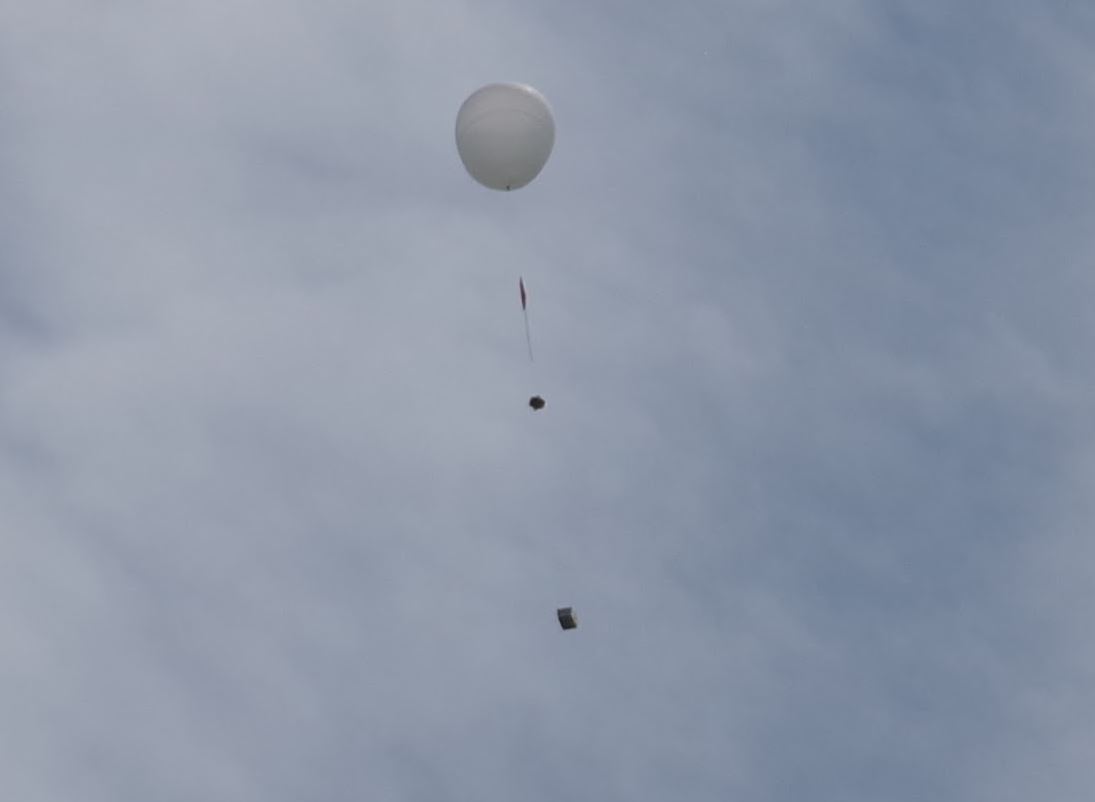 After launching, there appeared to be some problems with both systems. The APRS transmitter was “on” all the time and its signal was “dirty”. The Slow Scan TV camera was saturated by the sun and initial mission images appeared all green (but no signal problems). 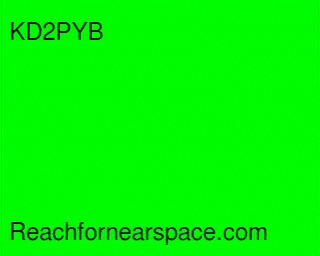 Not having these problems on the ground, I was somewhat dissapointed. However, I still had hope that perhaps we would still get a good SSTV image somehow. We proceeded to drive along the predicted path and attempt to track using a yagi and the SSTV signal. 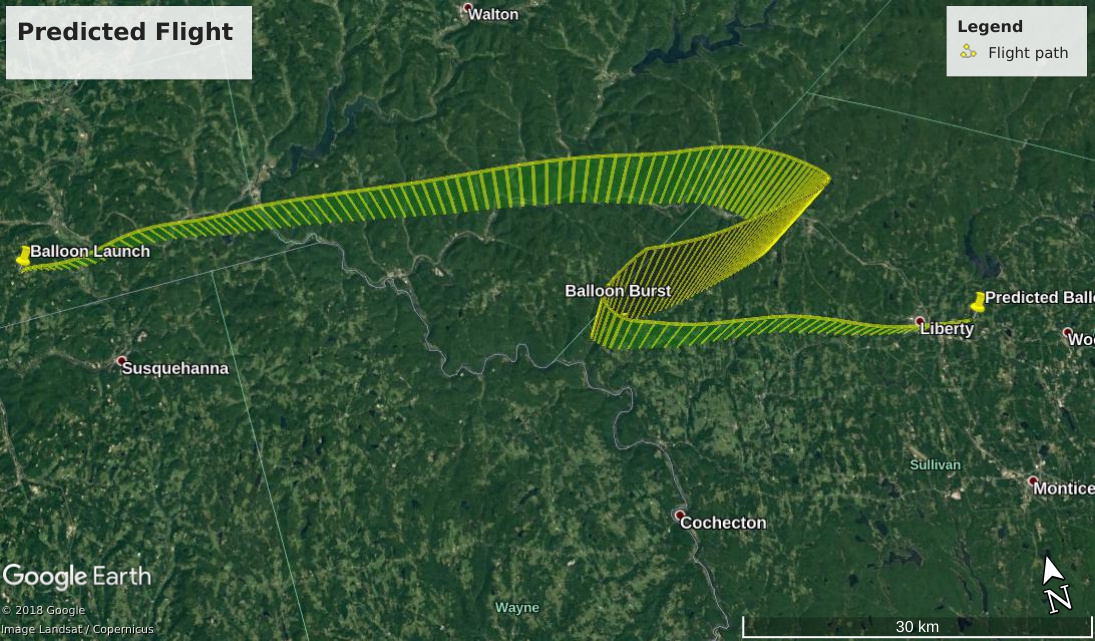 On one of our stops, we recieved a non-green SSTV image! I was excited and it was great to see SSTV images coming in live on the website from people listening from the North East! Check out their image uploads by clicking here 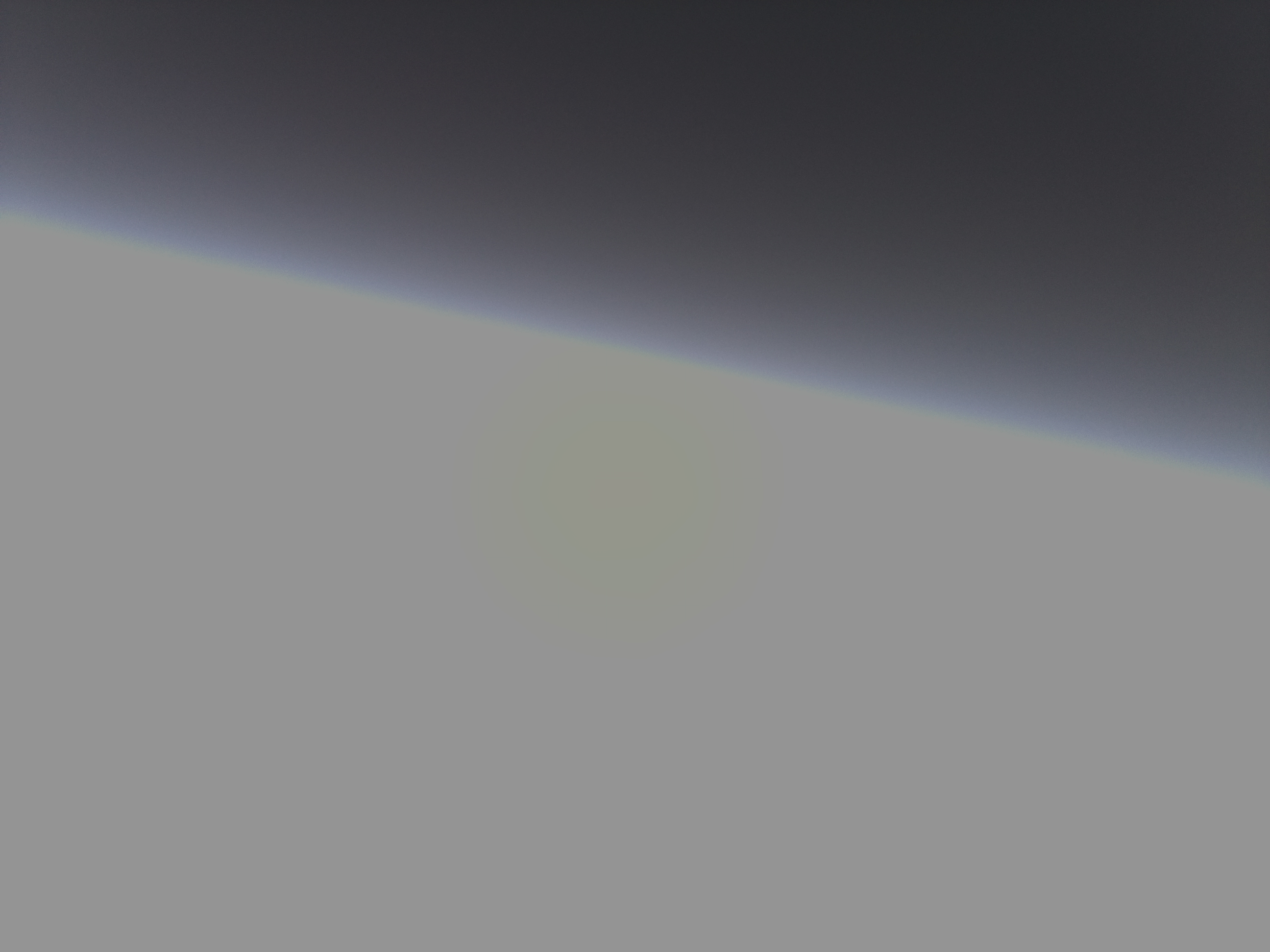 When we started receiving green SSTV images again (we figured the “non-green” sstv images were close to apogee) it was apparent the payload was on its way down. The APRS transmitter started working and we were getting GPS/Altitude packets! The first packet recieved after launching was at 69,559 feet above sea level!

We do not have any data for maxium altitude (I emailed the FCC to ask if they had seen it on radar but haven’t heard back and probably won’t). However, it is not much of a strech to guess at least 70,000 feet! The furthest SSTV signal report came from Cleveland, OH! That’s about 342 miles away!

A line of sight calculator can confirm the signal distance:

The first APRS packet was picked up by a station near Ottawa, Canada! The SSTV signal near apogee should have reached the purplish radius in the photo below. 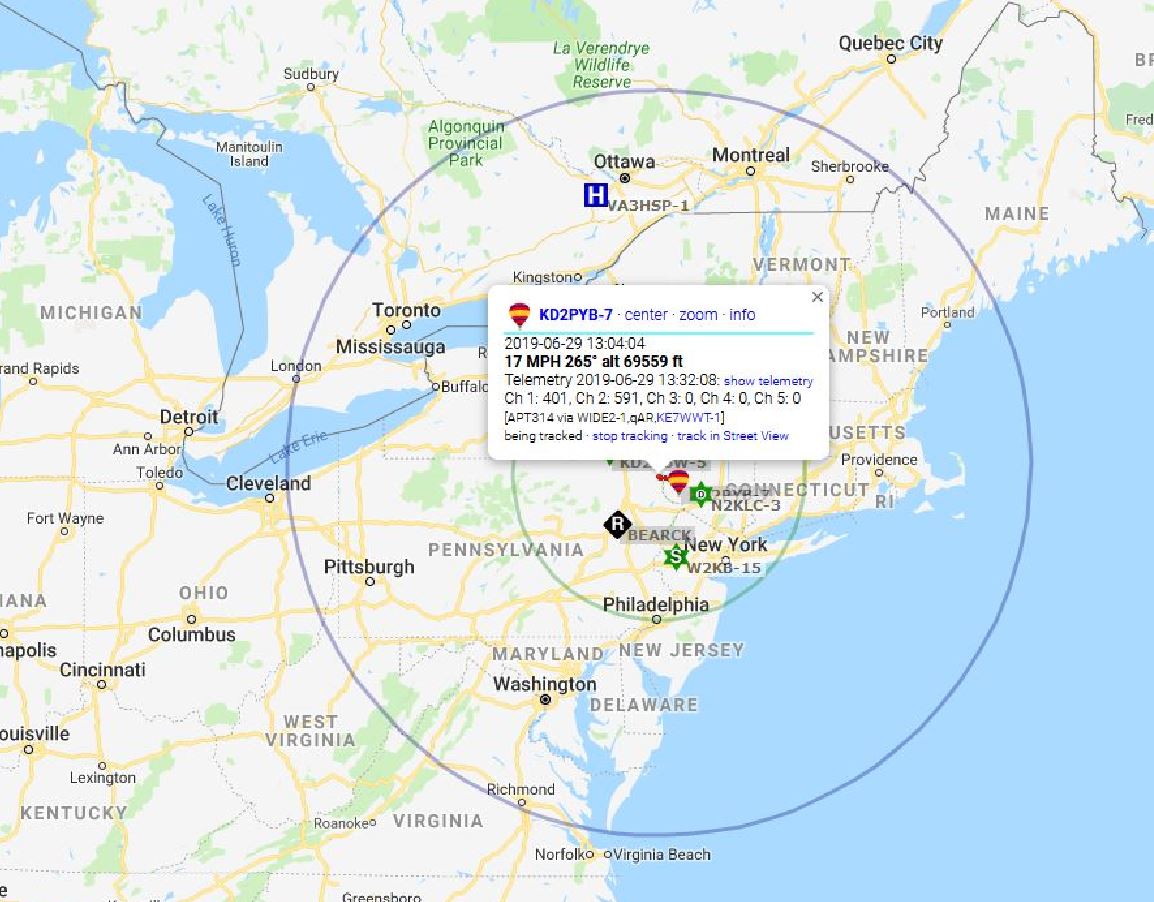 Other signal reports came from:
Connecticut about 111 Miles!

The last APRS packet was transmitted near the Sullivan County Airport at around 3000 feet. 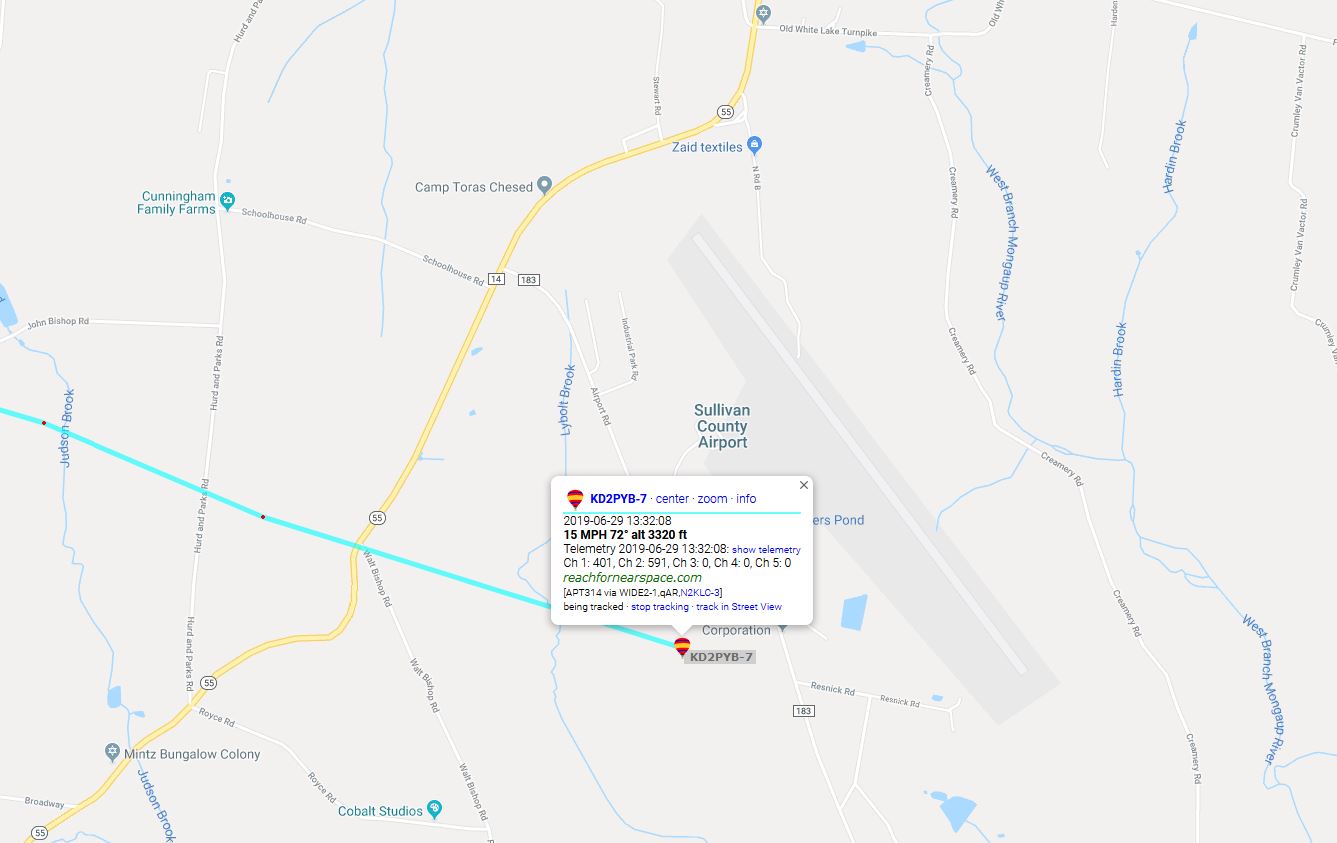 So we drove to the airport and proceeded to ask the personnel if they had seen it. They were really nice and went out to look for it. Because there were no local i-gates (APRS Internet Gateways) nearby, we didn’t have final GPS coordinates. But using a handheld and apsdroid on my phone, I was able to receive a signal and final GPS coordinates! 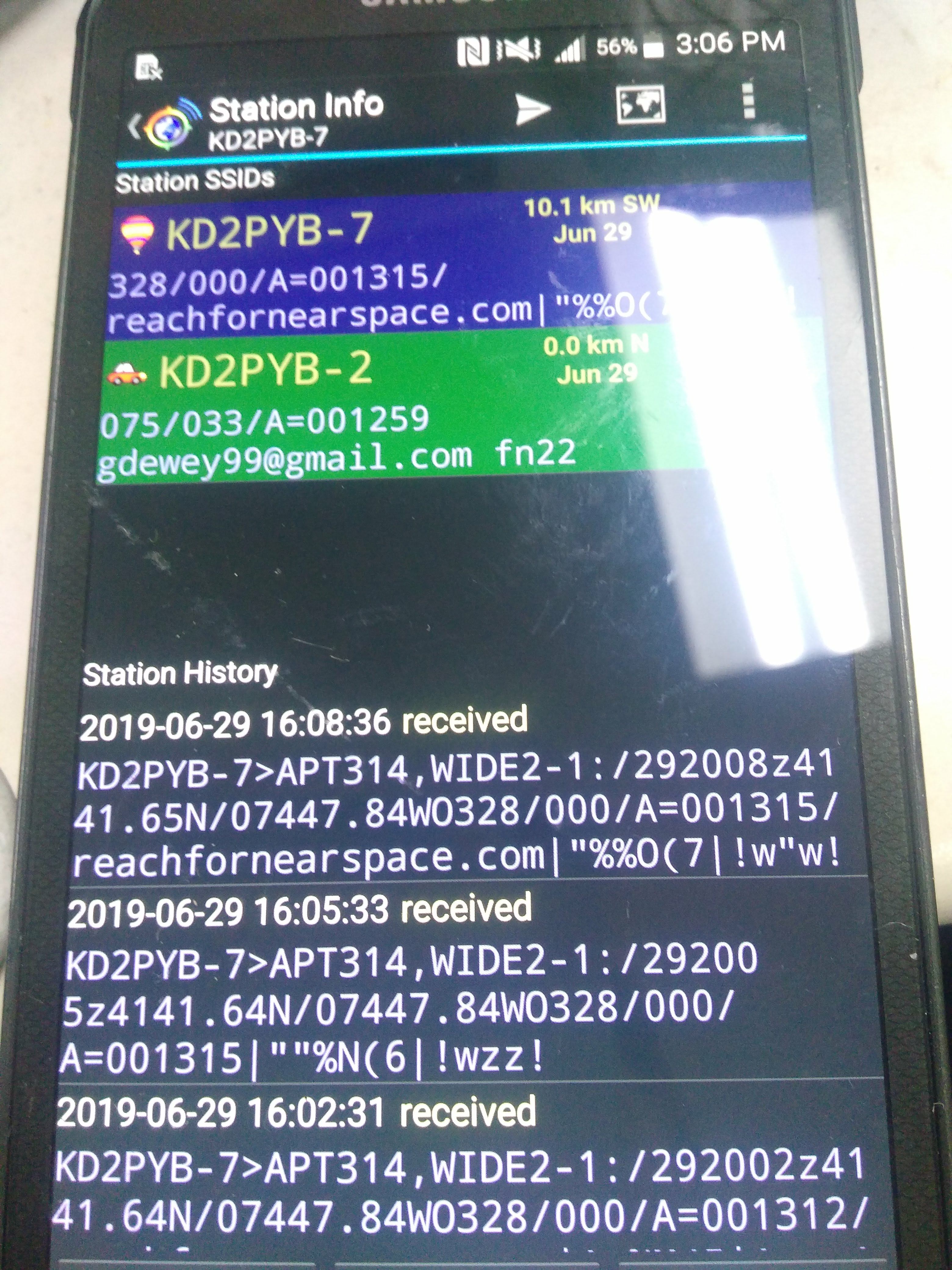 We drove down the road and I saw the red parachute on the ground! We had recovered everything and had HD video footage of the ascent (something must have disrupted the camera after apogee to stop recording)! The camera recorded in 5 minute segments, which was stiched and encoded to youtube below:

There is no APRS data for the ascent but we can compare the predicted vs the actual: 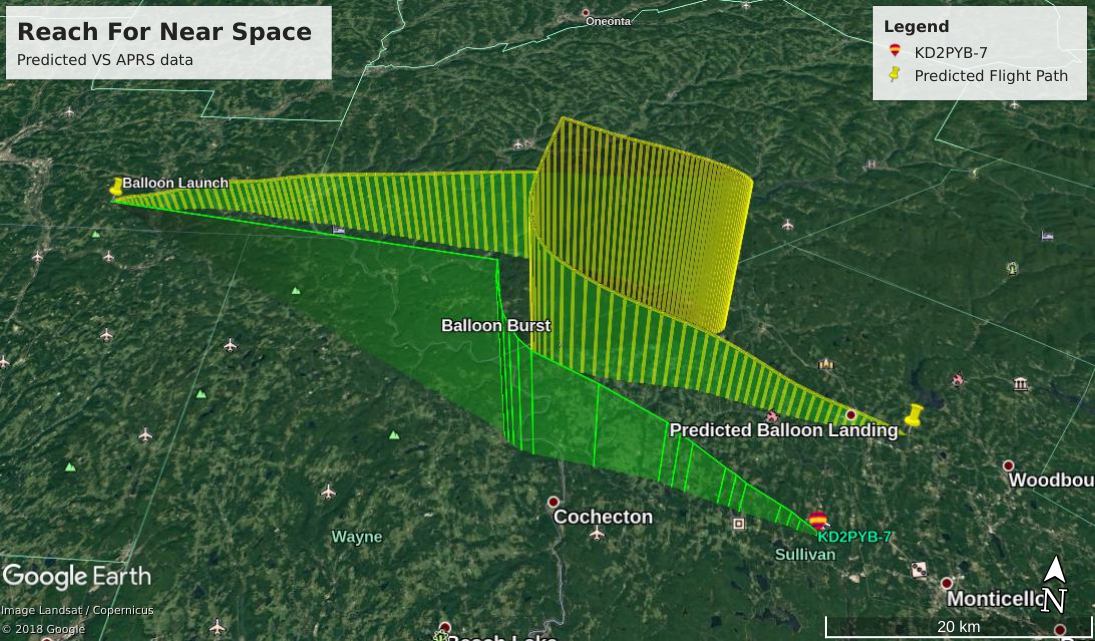 There is also no video footage for the descent but putting APRS data into Google Earth it can be simulated:

The problems with the APRS transmitter and SSTV camera saturation still need analyzing but this has been a fun, great experience! I have learned a lot about radio, public relations, web programming and more!
Special thanks to the Triple Cities Makerspace Crew! 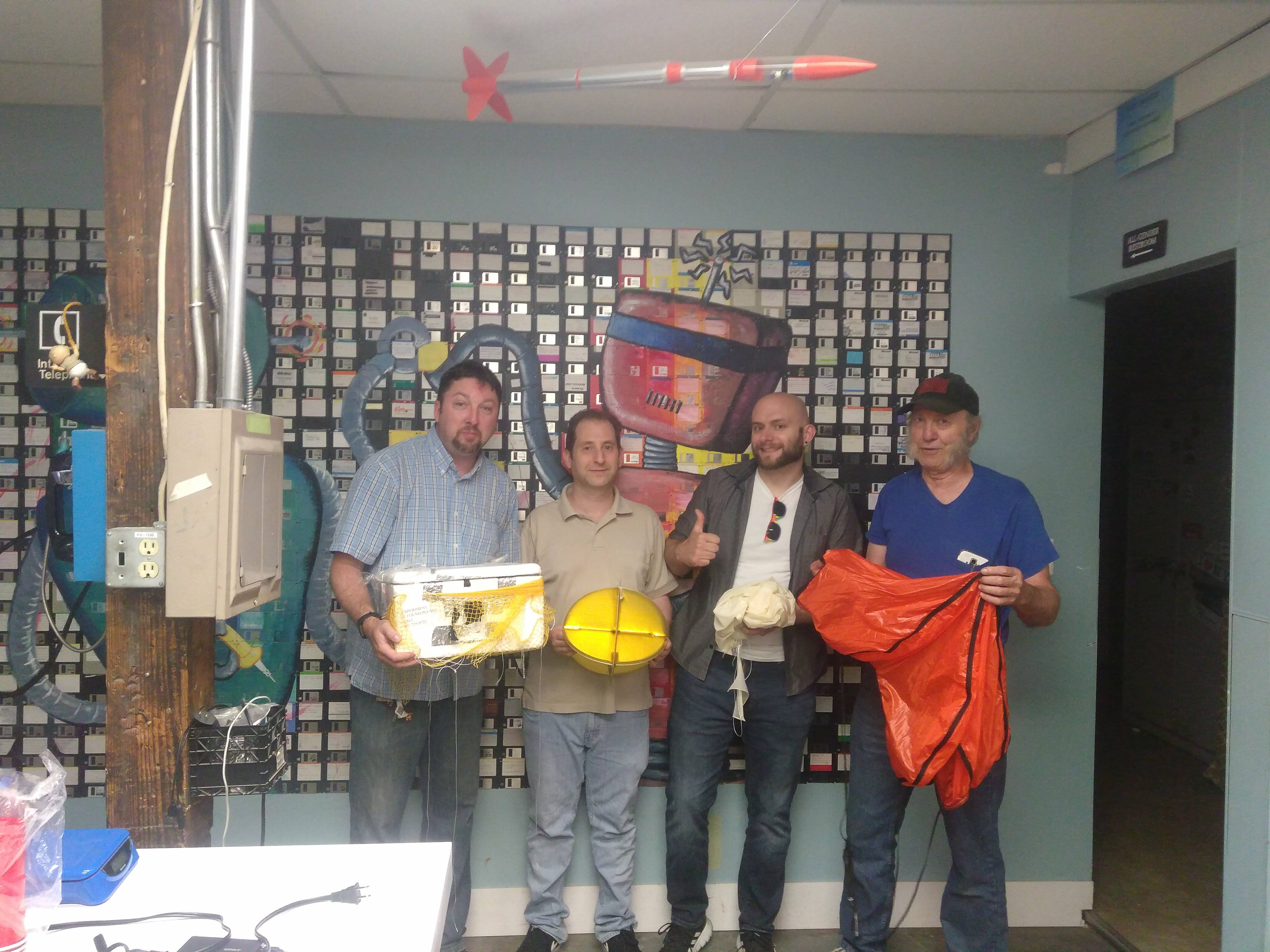 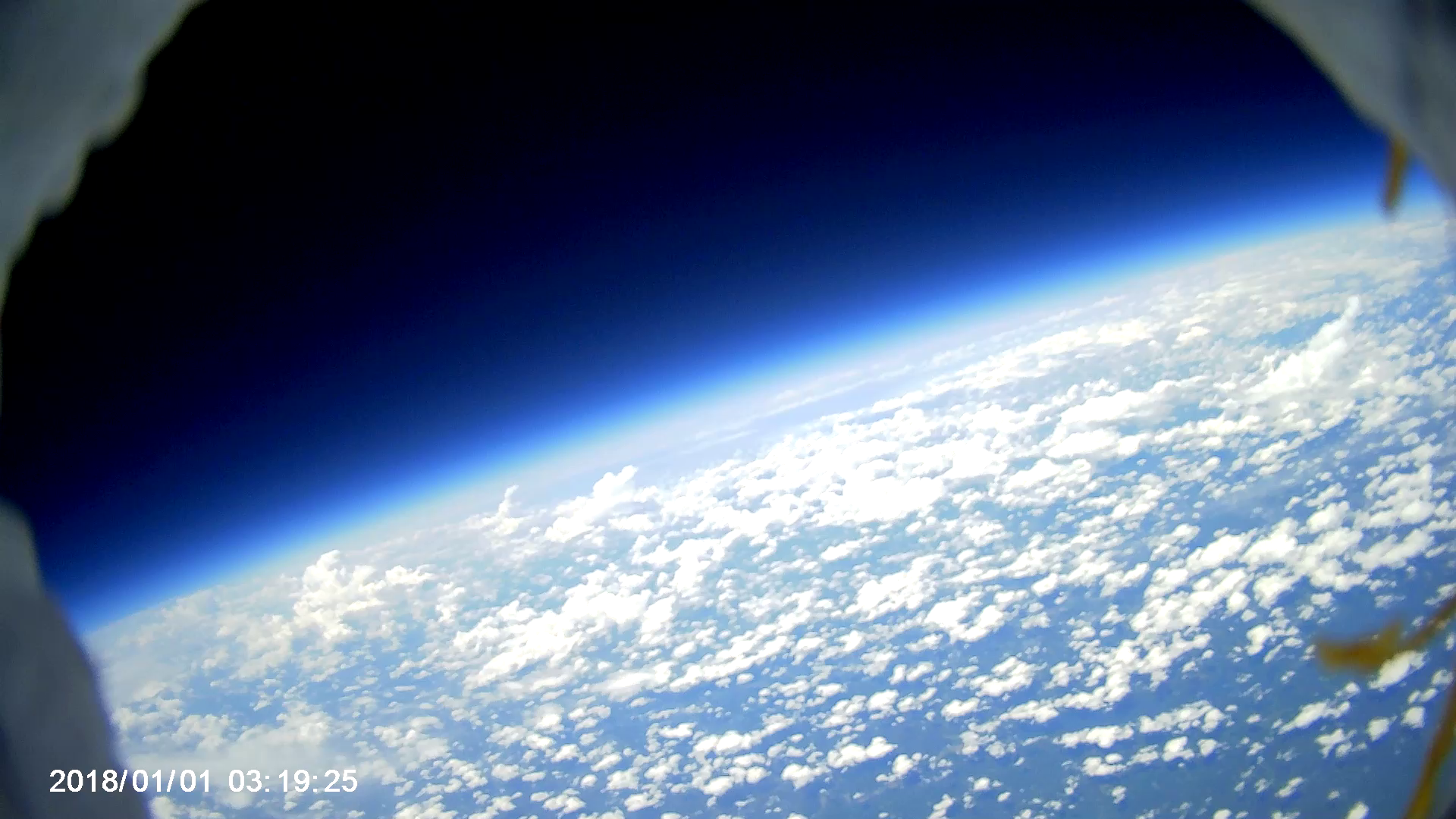